The following, previously unpublished training circular was superseded by ATP 2-22.7 in 2015. 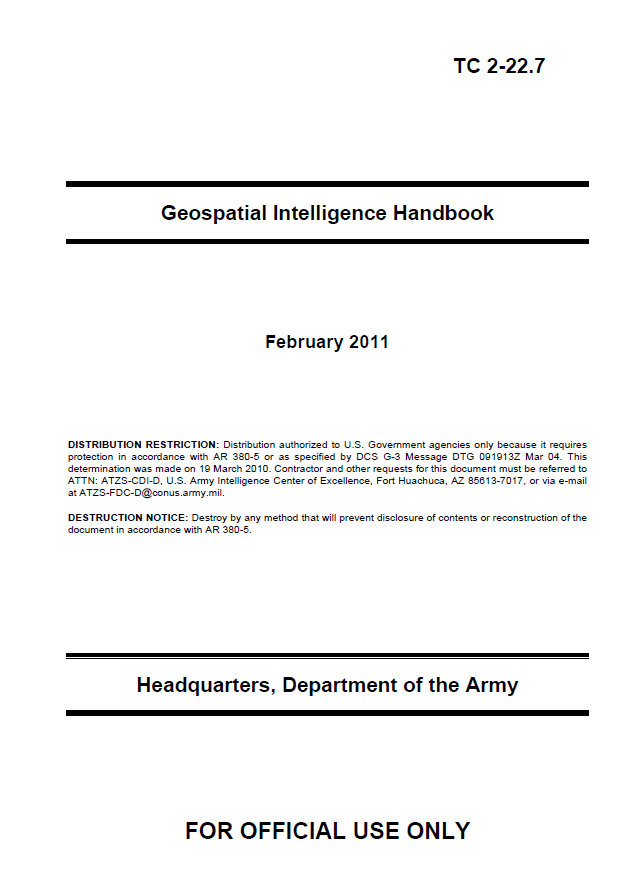 This training circular provides GEOINT guidance for commanders, staffs, trainers, engineers, and military intelligence personnel at all echelons. It forms the foundation for GEOINT doctrine development. It also serves as a reference for personnel who are developing doctrine; tactics, techniques, and procedures; materiel and force structure; and institutional and unit training for intelligence operations.

Note. TC 2-22.7 further implements that GEOINT consists of any one or any combination of the following components: imagery, IMINT, or GI&S.

1-2. Imagery is the likeness or presentation of any natural or manmade feature or related object or activity, and the positional data acquired at the same time the likeness or representation was acquired, including: products produced by space-based national intelligence reconnaissance systems; and likenesses and presentations produced by satellites, aircraft platforms, unmanned aircraft vehicles, or other similar means (except that such term does not include handheld or clandestine photography taken by or on behalf of human intelligence collection organizations) (10 USC 467).

1-3. Imagery intelligence is the technical, geographic, and intelligence information derived through the interpretation or analysis of imagery and collateral materials (10 USC 467).

1-4. Geospatial information and services refers to information that identifies the geographic location and characteristics of natural or constructed features and boundaries on the Earth, including: statistical data and information derived from, among other things, remote sensing, mapping, and surveying technologies; and mapping, charting, geodetic data, and related products (10 USC 467). 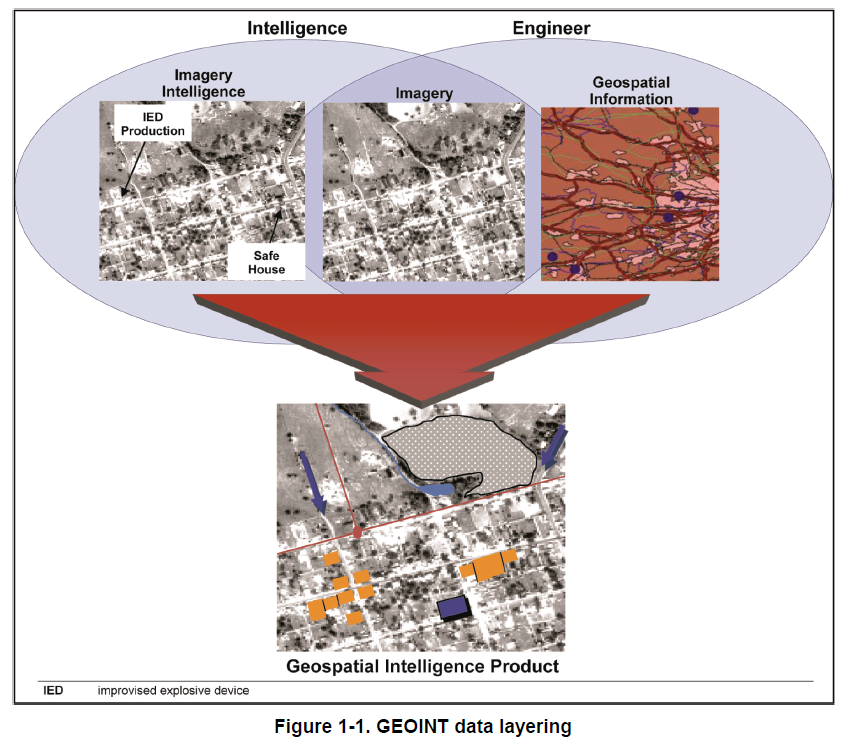 4-44. Feature data, also referred to as vector data, provides digital representations of natural or manmade objects as points, lines, or polygons (such as wells, roads, and forests). Each feature can include embedded information (attribution), such as bank heights for bodies of water, type of road surface, road width, and bridge load-bearing classification. Fully attributed feature data can be used to perform automated terrain analysis.

MOTION IMAGERY AS A PRODUCT

4-46. Video imagery systems collect and transmit, edit, store, archive, or disseminate digital video for realtime, near real-time, or for other end-user product distribution. The most common FMV encountered by an imagery analyst is the IMINT product of UAS platforms employed to support daily IMINT collection activities. In contrast, motion imagery—anything less than standard FMV (30 frames per second)—is associated with wide-area surveillance systems, typically collecting at two or six frames per second. Motion imagery is usually exploited in a forensic mode and helps develop pattern of life activities for a target.

4-47. UAS imagery analysis can be used to create IMINT products, or the actual UAS FMV may be disseminated to an end user for analysis or provided in combination with IMINT products. Strategic- and theater-level FMV and motion-imagery collection platform data are disseminated to the NSG architecture via the Community Airborne Library Architecture (CALA), a central repository for unexploited digital aircraft imagery. Aircraft, still, and motion imagery are currently accessible through CALA to the greater GEOINT community.

4-48. The process of developing a mathematical representation of any 3D object via specialized software is 3D modeling capability. Models may be created automatically or manually. Manual models are created similarly to fly-throughs or by extracting manmade features for display in a 3D environment. Imagery organizations are capable of creating 3D models or finished products can be ordered through commercial software products. These products are merged, high-resolution, satellite imagery and digital elevation models that provide the user a rich interactive 3D viewing capability. 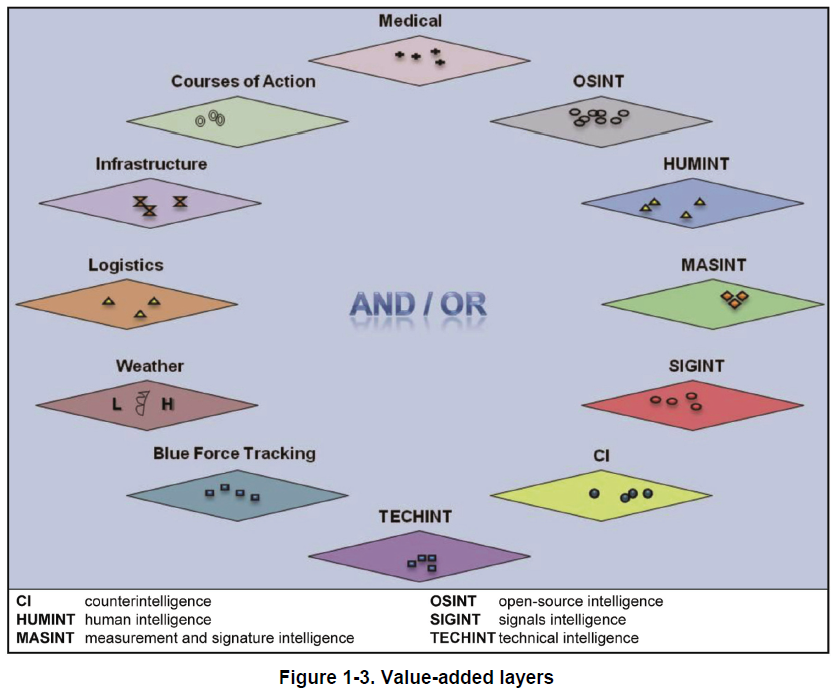