Myanmar remained the second largest opium poppy grower in the world after Afghanistan in 2013, with Lao PDR accounting for only a very small proportion of the global total.

While the area under poppy cultivation in Myanmar increased by 13% in 2013, the number of households growing poppy remained roughly the same, as farmers on average dedicated a larger portion of their land to poppy cultivation than in 2012. The average area of poppy per opium growing household more than doubled from 0.17 hectares in 2002/2003 to 0.43 hectares in 2013. This implies a larger dependency of those households on opium.

Furthermore, the Myanmar survey found that many households not only earn income from the cultivation of opium poppy on their own land, but also by labouring in the poppy fields of other farmers. Alternative development projects thus need to address both of these groups, as a reduction in poppy cultivation for many households means the loss of an opportunity to generate income from poppy-related wage labour.

In Lao PDR, no socio-economic survey of poppy-growing villages was conducted in recent years. The data from the helicopter flights and satellite image analysis indicated that poppy cultivation continued to be a phenomenon linked to villages in peripheral, difficult to access locations, far from population and market centres.

Risks and opportunities associated with different income patterns in poppy-growing and non-poppy-growing villages need to be investigated in more detail in Myanmar but also in Lao PDR to understand how livelihood risks can be reduced and the resilience of households can be improved in the context of efforts to contain and reduce households’ dependence on poppy cultivation. 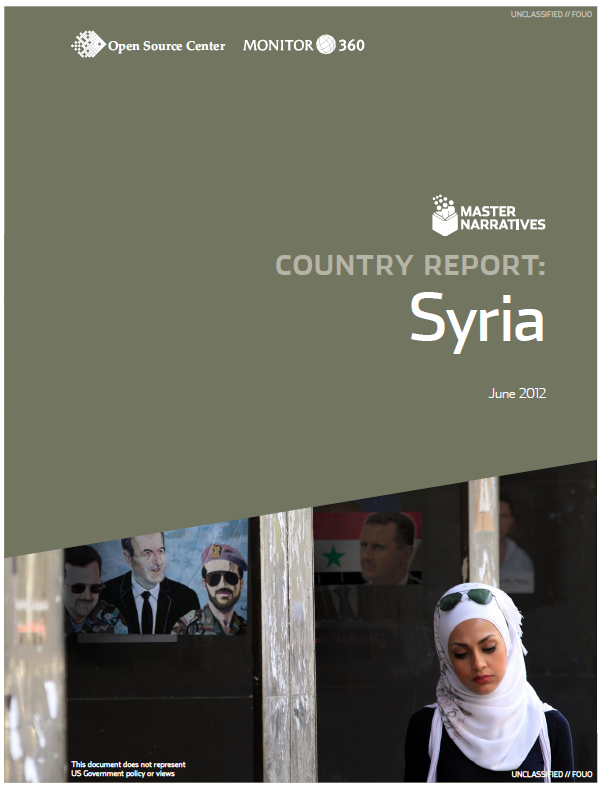 Understanding master narratives can be the difference between analytic anticipation and unwanted surprise, as well as the difference between communications successes and messaging gaffes. Master narratives are the historically grounded stories that reflect a community’s identity and experiences, or explain its hopes, aspirations, and concerns. These narratives help groups understand who they are and where they come from, and how to make sense of unfolding developments around them. As they do in all countries, effective communicators in Syria invoke master narratives in order to move audiences in a preferred direction. Syrian influencers rely on their native familiarity with these master narratives to use them effectively. This task is considerably more challenging for US communicators and analysts because they must place themselves in the mindset of foreign audiences who believe stories that — from an American vantage point — may appear surprising, conspiratorial, or even outlandish.

This report serves as a resource for addressing this challenge in two ways. First, it identifies a set of eight master narratives carefully selected based on their potency in the Syrian context and relevance to US strategic interests. Second, this report follows a consistent structure for articulating these narratives and explicitly identifies initial implications for US communicators and analysts. The set outlined here is not exhaustive: these eight master narratives represent a first step that communicators and analysts can efficiently apply to the specific messaging need or analytic question at hand. For seasoned Syria experts, these narratives will already be familiar — the content contained in this report can be used to help check assumptions, surface tacit knowledge, and aid customer communications. For newcomers to Syria accounts, these narratives offer deep insights into the stories and perceptions that shape the Syrian political context that may otherwise take years to accumulate. 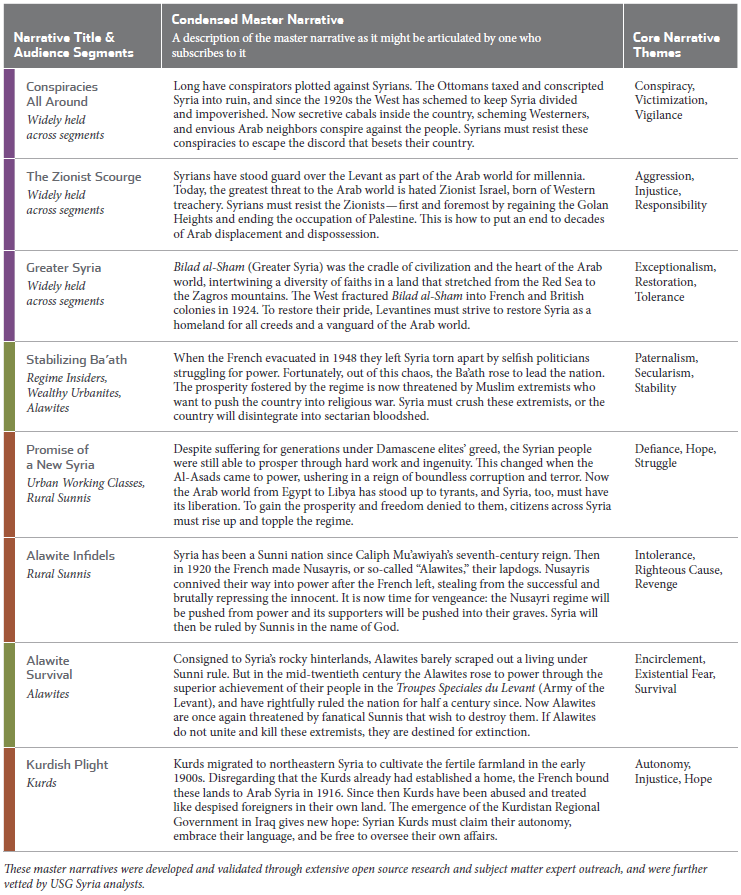 The rich have gotten richer, thanks to the stock market and the Bush tax cuts, a recent report has found.

Growth in income from capital gains and dividends has widened the divide between the wealthy and the poor in recent years, according to the non-partisan Congressional Research Service. It supplanted wage inequality as the primary driver of the growing income gap, which helped spur the Occupy Wall Street movement last fall.

After-tax income for the top 1% of taxpayers soared 74%, on average, between 1996 and 2006. The top 0.1% benefited even more, nearly doubling their income over that decade.

By comparison, the bottom 20% of taxpayers saw their income fall by 6%, while the middle quintile experienced a meager 10% gain.

But “income” means something very different for the rich than for the poor.

In 1996, the top 1% of taxpayers relied on wages for 34.4% of their income. A decade later, that number had fallen to just over a quarter, the report found. Meanwhile, income from capital gains and dividends grew by nearly 7.5 percentage points to 38.2% of earnings.

The Bush tax cuts, which lowered rates on both income and capital gains, also helped fuel the growth in income inequality, according to the report. The difference in tax rates paid by the poor and the rich narrowed, with the Top 0.1% of American taxpayers seeing their average tax rate fall by about a quarter.