Global intelligence agencies looking into the origins of COVID-19 have found two Chinese scientists studied live bats in Australia as part of a joint research between the Chinese communist government and the Australian government. In an exclusive the Daily Telegraph is reporting the “Five Eyes intelligence agencies of Australia, Canada, NZ, UK, and US are understood to be looking closely at the work of a senior Scientist at the Wuhan Institute of Virology, Peng Zhou, and fellow scientist Shi Zhengli”. Sky News host and the Daily Telegraph’s Sharri Markson wrote the intelligence agencies have been examining “whether COVID-19 originated from a wet market or whether the naturally-occurring virus may have been inadvertently released”. Sky News contributor Scott Emerson said these new revelations will just “raise more concerns about what are the origins of COVID-19”.

Hobbled by secrecy and timidity, the U.S. intelligence community has been conspicuously absent from efforts to combat the COVID-19 pandemic, the most serious national and global security challenge of our time.

The silence of intelligence today represents a departure from the straightforward approach of then-Director of National Intelligence Dan Coats who offered the clearest public warning of the risk of a pandemic at the annual threat hearing of the Senate Intelligence Committee in January 2019:

“We assess that the United States and the world will remain vulnerable to the next flu pandemic or large-scale outbreak of a contagious disease that could lead to massive rates of death and disability, severely affect the world economy, strain international resources, and increase calls on the United States for support,” DNI Coats testified.

But this year, for the first time in recent memory, the annual threat hearing was canceled, reportedly to avoid conflict between intelligence testimony and White House messaging. Though that seems humiliating to everyone involved, no satisfactory alternative explanation has been provided. The 2020 worldwide threat statement remains classified, according to an ODNI denial of a Freedom of Information Act request for a copy. And intelligence agencies have been reduced to recirculating reminders from the Centers for Disease Control to wash your hands and practice social distancing.

The US intelligence community evidently has nothing useful to say to the nation about the origins of the COVID-19 pandemic, its current spread or anticipated development, its likely impact on other security challenges, its effect on regional conflicts, or its long-term implications for global health.

In 1993, the Federation of American Scientists created an international email network called ProMED — Program for Monitoring Emerging Diseases — which was intended to help discover and provide early warning about new infectious diseases.

Run on a shoestring budget and led by Stephen S. Morse, Barbara Hatch Rosenberg, Jack Woodall and Dorothy Preslar, ProMED was based on the notion that “public intelligence” is not an oxymoron. That is to say, physicians, scientists, researchers, and other members of the public — not just governments — have the need for current threat assessments that can be readily shared, consumed and analyzed. The initiative quickly proved its worth.

In fact, it has continued to prove its worth up to the present day.

“It was notices on ProMED that first alerted the world to the 2003 SARS outbreak, and it was a posting on ProMED on Dec. 30, 2019 — about chatter on the Chinese social network Weibo — that first spread word of a novel coronavirus, soon identified as the cause of COVID-19, outside China.” See “The doomed 30-year battle to stop a pandemic” by Paul Wells, Maclean’s, April 21.

ProMED, which is now managed by the International Society for Infectious Diseases, is unclassified, free, and open to subscription by anyone.

“ProMED illustrates how NGOs can, in some cases, efficiently accomplish what large, bureaucratically burdened institutions cannot even begin,” the FAS Public Interest Report said in 1996.

Today, when national and global security concerns touch almost every household, the need for public intelligence is greater than ever, and it could become one focus of a reconfigured U.S. intelligence apparatus.

Steven Aftergood directs the FAS Project on Government Secrecy. The Project works to reduce the scope of national security secrecy and to promote public access to government information.

Steven Aftergood directs the FAS Project on Government Secrecy. The Project works to reduce the scope of national security secrecy and to promote public access to government information.

He writes Secrecy News, which reports on new developments in secrecy policy and provides direct access to significant official records that are otherwise unavailable or hard to find.

In 1997, Mr. Aftergood was the plaintiff in a Freedom of Information Act lawsuit against the Central Intelligence Agency which led to the declassification and publication of the total intelligence budget for the first time in fifty years ($26.6 billion in FY 1997). In 2006, he won a FOIA lawsuit against the National Reconnaissance Office for release of unclassified budget records.

Mr. Aftergood is an electrical engineer by training (B.Sc., UCLA, 1977). He joined the FAS staff in 1989. From 1992-1998, he served on the Aeronautics and Space Engineering Board of the National Research Council.

Like Loading...
An investigation into the U.S. response to COVID-19, from Washington State to Washington, D.C. This journalism is made possible by viewers like you.
Support your local PBS station here: http://www.pbs.org/donate
How did the U.S. become the country with the worst known coronavirus outbreak in the world? FRONTLINE and veteran science reporter Miles O’Brien investigate the American response to COVID-19, and examine what happens when politics and science collide.
#Coronavirus #Documentary #COVID-19
Love FRONTLINE? Find us on the PBS Video App where there are more than 250 FRONTLINE documentaries available for you to watch any time: https://to.pbs.org/FLVideoApp
Subscribe on YouTube: http://bit.ly/1BycsJW
Instagram: https://www.instagram.com/frontlinepbs
Twitter: https://twitter.com/frontlinepbs
Facebook: https://www.facebook.com/frontline
FRONTLINE is streaming more than 200 documentaries online, for free, here: http://to.pbs.org/hxRvQP
Funding for FRONTLINE is provided through the support of PBS viewers and by the Corporation for Public Broadcasting. Major funding for FRONTLINE is provided by the John D. and Catherine T. MacArthur Foundation and the Ford Foundation. Additional funding is provided by the Abrams Foundation, the Park Foundation, The John and Helen Glessner Family Trust, and the FRONTLINE Journalism Fund with major support from Jon and Jo Ann Hagler on behalf of the Jon L. Hagler Foundation.

The US State Missouri files lawsuit against China alleging that Beijing’s actions of suppressing information, arresting whistle-blowers, and denying the contagious nature of the deadly COVID-19 has led to the loss of lives and caused irreparable damage. Here Are Some Key Events to Look For:

Caution – The 2nd Wave
In some regions, case numbers will be driven down with strong social distancing and regions may lift restrictions.

But this could be a problem…

Historically it’s the second and third wave of infections that cause the most deaths. With restrictions lifted an area could see returning cases again, possibly after summer, either from existing infections in the region spiking back up or infections being reintroduced from areas of the world that are in winter.

Businesses should take aggressive precautions to stay safe and sanitary and get aggressive in educating clients about what precautions they’re taking. That will give people the confidence to do business with them… 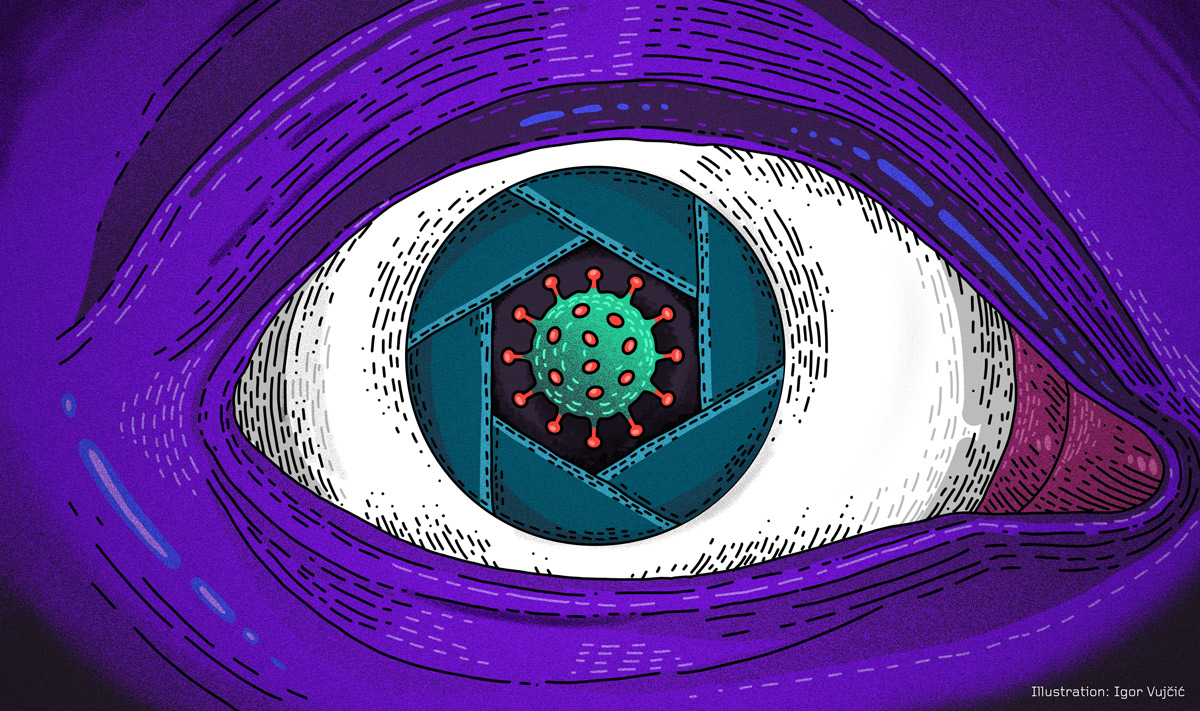 In principle, the COVID-19 outbreak could provide a compelling new justification for expediting the processing of certain Freedom of Information Act requests related to the pandemic. But it is more likely to slow down the handling of most requests as agency employees work remotely and other concerns are understandably prioritized.

The impact of COVID-19 was surveyed by the Congressional Research Service in Freedom of Information Act (FOIA) Processing Changes Due to COVID-19: In Brief, March 27, 2020.

Other noteworthy new and updated reports from CRS include:

U.S. Role in the World: Background and Issues for Congress, updated March 27, 2020

Demographic and Social Characteristics of Persons in Poverty: 2018, March 26, 2020

Arms Control and Nonproliferation: A Catalog of Treaties and Agreements, updated March 26, 2020

Michael D. Sorkin (born 1948) was an American architect, author, and educator based in New York City. He wass one of the most provocative and polemical voices in contemporary culture and in the design of urban places at the turn of the twenty-first century.

Michael David Sorkin (August 2, 1948 – March 26, 2020) was an American urbanist architect, author, and educator based in New York City.He was considered to be a provocative and polemical voice in contemporary culture and in the design of urban places at the turn of the twenty-first century. In addition to being a noted professor at many great architectural schools, he was an architectural critic for the Village Voice and a guest columnist in many publications.He was director of the urban design graduate program at City College of New York.

Sorkin was born in Washington, D.C. in 1948. He was an architect and urbanist whose practice spanned design, planning, criticism, and teaching.Sorkin received a bachelor’s degree from the University of Chicago in 1969, and a masters in architecture from the Massachusetts Institute of Technology (M.Arch ’74). Sorkin also held a master’s degree in English from Columbia University (MA ’70). He was founding principal of the Michael Sorkin Studio, a New York-based global design practice with special interests in urban planning, urban design and green urbanism.

Sorkin was house architecture critic for The Village Voice in the 1980s, and he authored numerous articles and books on the subjects of contemporary architecture, design, cities, and the role of democracy in architecture.

He was a principal in the Michael Sorkin Studio and president of Terreform, a nonprofit research group.

On March 26, 2020, Sorkin died from complications brought on by COVID-19 in Manhattan.

Mourning his death, architectural mavens were effusive in their praise of his writing and critical skill.