“Moonies In The Church”

END_OF_DOCUMENT_TOKEN_TO_BE_REPLACED

Since the establishment of the base, there have been numerous accusations, made mainly by US administration officials, that it is an attempt of an expansion into the Indian Ocean. In April 2021, US Africa Command commander Gen. Stephen Townsend indicated during a hearing before Congress that China is expanding the port to accommodate aircraft carriers in the future. However, according to the Communiqué of the Chinese government, the base is intended to fulfill international obligations by providing humanitarian aid, supporting Chinese peacekeeping operations in Africa, assisting in ongoing anti-piracy missions as well as maintaining peace and stability in the region.

END_OF_DOCUMENT_TOKEN_TO_BE_REPLACED

True Information is the most valuable resource and we ask you to give back.

An Environmental Investigation Agency investigation in Mozambique revealed a Chinese-led criminal syndicate which for over two decades has been trafficking ivory from Africa to Shuidong, its hometown in southern China. According to this syndicate, it is just one of about 10 to 20 similar groups originating from Shuidong. Their criminal exploits reveal how their small hometown has become, and remains, the world’s largest hub for ivory trafficking: the group claims up to 80 percent of tusks from poached elephants in Africa pass through Shuidong. China has taken significant steps to close its legal domestic ivory market in the past year. This is a positive move by a country with one of the biggest ivory markets and demonstrates leadership and pragmatism. However, there remain serious questions on the lack of enforcement in China, and abroad, against Chinese nationals deeply involved in the illegal ivory trade, who continue to operate with complete impunity.

END_OF_DOCUMENT_TOKEN_TO_BE_REPLACED 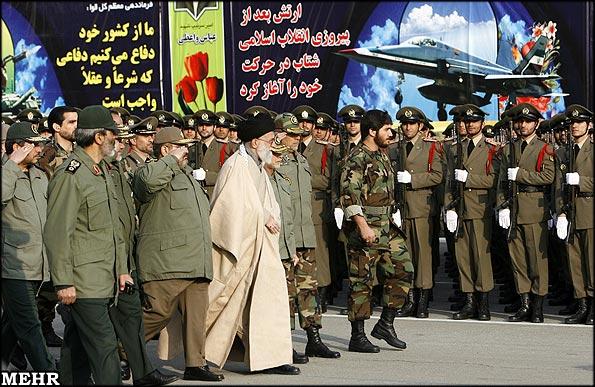 The U.S. Justice Department this month moved to confiscate roughly $1.2 million held in major multi-national banks which prosecutors believe passed through a network of companies in Africa that are allegedly tied to Hezbollah, the Shia militant organization and political party in Lebanon.

The legal action reinforced long-running efforts by the United States to dry up sources of funding for Hezbollah, a participant in Syria’s civil war that American officials also blame for a string of deadly terrorist attacks stretching back to the 1980s.

Though it contained no formal allegations of wrongdoing against any bank, the complaint filed in a Washington federal court called attention to internal anti-money laundering practices at HSBC, Deutsche Bank and Wells Fargo as well as the North Carolina-based lender Branch Banking & Trust.

The movement of the funds violated federal trade sanctions and money laundering statutes, according to the Justice Department.

Prosecutors say Kassim Tajideen, a 60-year-old Lebanese businessman, came forward to claim the funds. The Treasury Department has placed Tajideen on a sanctions list of global terrorists, identifying him as an important Hezbollah fundraiser along with members of his family.

Lawyers for Tajideen told 100Reporters that he denies any link to terrorism, and said they had not been notified of the Justice Department’s forfeiture actions this month.

Banks are required to check whether their clients are suspected terrorists and report any suspicious banking activity to the U.S. government. As money from the drug war and sanctioned organizations has coursed through the international financial system, HSBC, Wells Fargo and Deutsche Bank have in recent years all faced legal and regulatory action in the United States and Europe.

Wells Fargo, the world’s largest bank by market value, agreed to a Treasury Department consent order as recently as November. Regulators rebuked the bank for a failure to remedy previously-identified problems involving measures by its wholesale banking group to assess customer risk and prevent money laundering. The wholesale banking group provides services to large clients such as companies and governments.

The Obama and Bush administrations have made money laundering and sanctions violations mainstays of a broader crackdown on terrorism, aimed at choking sources of financing since the Sept. 11, 2011 attacks on the United States.

In the court papers filed this month, prosecutors said that a North Carolina exporter of frozen meat, identified only as “Company A,” sent nearly seven million pounds of goods to Angola for delivery to Sicam Ltd., a company owned by Kassim Tajideen, between December 2013 and June 2015.

Cynthia Williams, a spokeswoman for BB&T, said her bank was examining the matter and had no further comment.

“As you know, BB&T is not a party to this suit and we were unaware of it until your email yesterday,” she wrote.

After receiving the payments from Tajideen, Company A then transferred the money to Wells Fargo, where it was seized in June, according to prosecutors.

Richele Messick, a spokeswoman for Wells Fargo, said the bank did not violate any regulations or laws in the Tajideen forfeiture case.

“We have already made significant enhancements in our compliance program and continue to dedicate considerable resources to this area,” she said by email.

“We have strong processes in place but are prohibited from sharing what we do to detect and monitor — both by the law and to preserve the effectiveness of those processes.”

In court papers, the Justice Department’s efforts to win the forfeiture of the funds were supported by the sworn statement of a Drug Enforcement Administration task force agent, suggesting that the forfeiture case is connected to a federal investigation into suspected drug trafficking.

Spokesmen for the DEA and Justice Department declined to comment, but American officials have long accused Hezbollah of trading in South American cocaine, specifically linking them to the Colombian drug trade and the Revolutionary Armed Forces of Colombia, or FARC.

According to European and UN officials cited by The New York Times, Hezbollah and sympathetic Lebanese émigrés helped Colombian traffickers meet rising demand for drugs in Europe and the Middle East by moving cocaine from South America to West Africa, Syria and Lebanon. A Hezbollah strategist quoted in the article denied narco-trafficking.

The court documents say Tajideen also moved $600,000 from accounts in Angola to banks in Germany, South Africa and Brazil between 2009 and 2010, but these funds were frozen by Deutsche Bank compliance officials as they transited correspondent accounts in the United States and were later seized.

Correspondent banking allows banks to transfer funds internationally by maintaining accounts at foreign banks so that depositors may make payments in foreign currencies. Such transactions can present a high risk of money laundering if senders and recipients are not properly identified by the bank.

During similar correspondent account transfers through the United States between 2012 and 2014, compliance officials at HSBC seized more than $100,000 in Tajideen funds moving from accounts in France and Gambia and intended for recipients in Switzerland, China and Thailand, according to prosecutors.

Tajideen family entities will have been familiar to HSBC compliance officials. HSBC had already paid a fine of $32,400 in 2013 after failing to catch $40,166 in transfers between 2010 and 2011 tied to Husayn Tajideen, another of Kassim Tajideen’s brothers.

The bank in 2012 reached a watershed $1.9 billion settlement with US authorities for deliberately banking the proceeds of drug cartels and moving money for sanctions-barred countries.

According to a leaked report from an outside monitor cited by Bloomberg, internal auditors in 2014 questioned HSBC’s decision to continue doing business with banks with potential ties to terrorism, including a Saudi bank that had once wired funds to two hijackers involved in the attacks of September 2001.

The Justice Department reported last year that the outside monitor — the former prosecutor Michael G. Cherkasky — had found that in 2014 senior managers’ dealings with auditors had been “marked by combativeness […] and a basic lack of cooperativeness.”

Nevertheless, Rob Sherman, an HSBC spokesman, told 100Reporters that the Justice Department had found that the bank had made “material progress” toward improving its compliance efforts.

“We remain firmly committed to putting in place a robust AML and sanctions compliance program, and are making steady progress toward that objective and appreciate the monitor’s ongoing work,” he wrote in an email, using the industry acronym for anti-money laundering.

A federal court in 2010 awarded $318 million in damages to the family of Thomas Janis, an American pilot, and to Keith Stansell, Marc Gonsalves and Thomas Howes. FARC forces captured the men — who were civilian contractors flying surveillance over FARC territory — when their plane crashed in 2003. Janis and another crew member were immediately executed, while Howes, Stansell and Gonsalves were held captive until their rescue in 2008.

When collecting damages from the FARC — which has few U.S. assets to seize if any — proved difficult, lawyers for the men went after funds held by alleged FARC associates, moving to seize assets held by the Tajideen brothers and their companies. Since Hezbollah had profited from distributing FARC cocaine and laundering the proceeds, the lawyers argued, FARC victims could collect Hezbollah-linked funds.

The matter remains pending before a federal judge in New York. However, in an affidavit in the FARC case, Kassim Tajideen denied all of the plaintiff’s allegations and said he was fighting the Treasury Department’s designation of him as a terrorist.

Any business connections to his brother Ali, the alleged Hezbollah commander, had in fact been limited to a “matter of corporate formality,” he said.

Tajideen said he had no connection to Hezbollah and had worked to avoid any “unnecessary entanglements” with the organization “despite the challenges of doing so while conducting business in Lebanon.”

Tajideen’s attorneys at the powerhouse firm WilmerHale have also sought to undermine claims that Hezbollah and the FARC are truly in cahoots.

Ibrahim Warde, a Tufts University business professor and paid expert for the Tajideen legal team, submitted a sworn statement saying he believed any business dealings between FARC and Hezbollah were at most “indirect and tangential.”

If Hezbollah is a tool of any entity, he said, it is the Islamic Republic of Iran, not “a comparatively minor, geographically distant, culturally dissimilar, and politically unrelated organization such as the FARC.”

David Bowker, an attorney for Tajideen, said the Justice Department had yet to notify him of its latest action.

“As you may know, we do not believe there is any basis to designate Mr. Tajideen and, accordingly, we have been contesting OFAC’s designation of him for many years,” he said in an email.