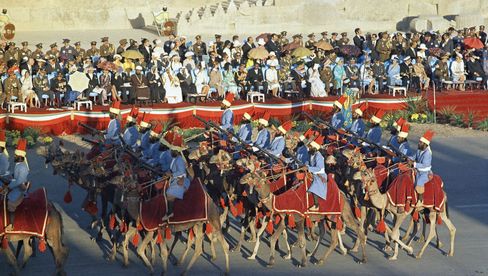 A reliable source has made it known that [redacted], the former employee of the Iranian secret service SAVAK in West Berlin, has left his home in Nuernberg, telephone number [redacted]. From there he has been organizing news service activity. Presently, [redacted] is in West Berlin and recording personal contacts from his former agents. His recordings portray the following main points on future work:

-The “National Iranian Front,” which consists of Iranian citizens and active Shah adherents, is assiduously preparing a counterrevolution in Iran. One may presume that all preparations will be completed by the middle of 1982, and that great support for this is coming from the American and West German secret services.

-The “National Iranian Front” has reportedly gone so far as to carry out intensified terror acts against Khomeini’s regime and the Tudeh Party. In their view, only by terror acts can the way be made clear for a counterrevolution. Particular credit in this area is given to General [redacted], who lives in Frankfurt/Main.

[redacted] considers a first success to be the bomb attack on the seat of the ruling Islamic Republican Party (IRP) in Iran at the end of June 1981, where 64 victims were lost.

A simultaneous attack aimed at the center of the Tudeh Party reportedly failed for reasons that are not yet clear.

-Surveillance of the Tudeh Party is being intensively continued, particularly its functionaries, as well as their contacts in the Soviet Union and other Socialist countries.

The struggle against the Tudeh Party is reportedly important so that the Soviet Union does not gain firm positions in Iran. Surveillance of the Tudeh Party they also reportedly had great help from the American and West German intelligence services.