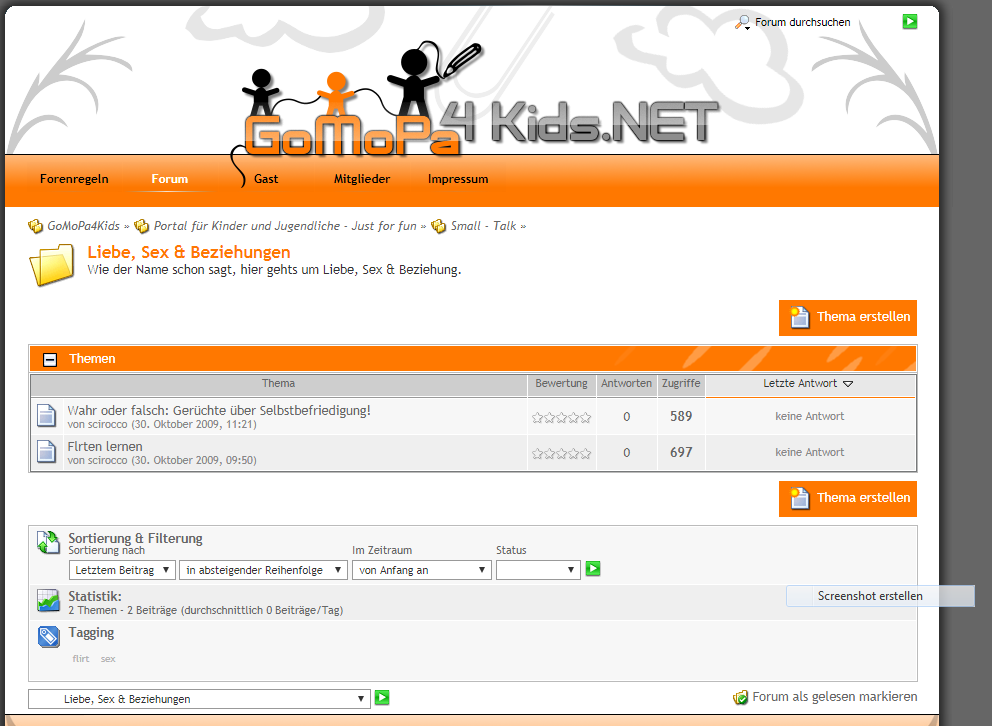 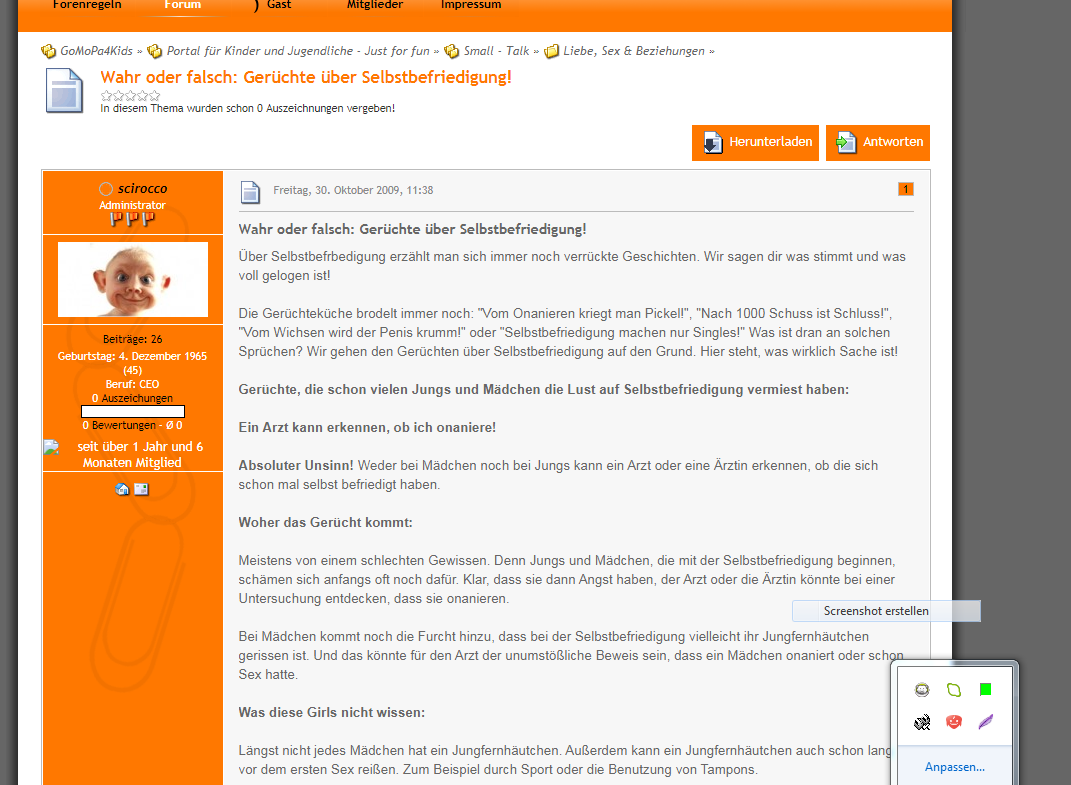 The text continues as follows:

Every boy can satisfy himself – whether with or without a foreskin! So that the hand can slide over the sensitive penis shaft even without a foreskin, many boys use some body lotion or lubricant. Since a circumcised boy can no longer irritate the glans by pushing the foreskin back and forth, he performs the stimulating hand movements up to the glans. This is usually a little less sensitive for guys without a foreskin.

One thing is clear: after circumcision, every man has to get to know his little friend again and try out how he reacts to rubbing or petting. So if it doesn’t work as lustily as it did before circumcision – don’t despair! After a circumcision surgery, it may take a few months for you to get used to the new situation. Until then, just try and practice.

Probably because many girls and boys do not know that a woman inside the vagina is not particularly excitable. The pleasure center of the woman is not the vagina, but her clit (the clitoris). And that is not in the vagina, but outside, between the labia – towards the navel – where the inner labia meet!

Incidentally, it is the same with intercourse. Few women come to orgasm simply through the in-out movements of the penis in the vagina. Most also need to stimulate their clitoris with their hands in order to reach their climax.

Where the “rumor” comes from:

Anyone who has had sex with a partner knows this from their own experience. But men’s previous orgasm has nothing to do with male lust or impatience. And the later orgasm of women is not due to less lust or a messed up sexuality.

Much easier! Men are just more excitable than women. Women need more time to orgasm. There are biological reasons for this. In young men, this is mainly due to the high concentration of sex hormones. Add to that the excitement and the lack of experience of how you can control your arousal yourself. That is why it happens again and again that a boy cums as soon as he touches his penis. But it doesn’t have to be that way. Every man can learn to delay his orgasm a little without effort. Why that makes sense: Because then he can enjoy his lust longer.

But if a girl does not reach climax for a long time or not at all despite exertion, this is usually due to another reason: Then, when she masturbates, she does not or only insufficiently stimulates her pleasure center – the clitoris.

The fact is: everyone can learn to control their arousal themselves! Whether someone comes quickly or takes ages to come depends above all on how well they know their body and its sexual reactions. Who knows where and how he is particularly excitable can quickly get his satisfaction or extend the enjoyment of his excitement as long as possible. This applies to girls as well as boys.

But do you do it because you enjoy the feeling and SB makes your life happier and
makes you more relaxed, then it has nothing to do with addiction. Not even if
you do it several times a day for a while.

Sure, you always want that. Especially when this pleasure
is still quite new. Then it may well happen that someone happens several times a day
masturbated to get the quick feeling of happiness.

That is why the desire for sex is particularly special among young people
great because sex is something new for them that arouses their special curiosity.
Obviously you want to do it as often as possible.

In addition, the production of
Sex hormones are particularly high during puberty. That means: That
The desire for lustful activity is stronger in adolescents than in
Adult. But since most still don’t have a sex partner, they keep them busy
yourself all the more intensely with yourself. This is completely normal. That also has
Don’t look for anything to do.

At the latest since the beginning of the emancipation movement in the late 1960s
In the past century, many realized what has long been a matter of course
is: Women also have sexuality! And regardless of the
Men.

It may sound strange today. But for a long time, the sexuality of women
determined by men’s sexual needs. This also resulted in
that women hardly cared for their own bodies sexually.

Only gradually did women discover their own sexual needs and
learned that they feel lust even without intercourse with a man
can.

Behind this hoax is the idea that a boy is in the
Puberty, when the testicles start producing sperm, once with sperm cells
“fully fueled”. From then on, he must keep his sperm supply
organize. Because that is supposedly only enough for about 1,000 ejaculations. This is
of course nonsense! The male body produces sperm for life!

Some guys already have ejaculations after one or two
two years. If the rumor was true they would be 15 or older
16 unable to produce. So all nonsense!
Feedback geben
Verlauf
Gespeichert
Community

The rumor started at the beginning of the 19th century
of industrialization. People should focus on their work
and do not waste their power unnecessarily during sex. Therefore sit down
Scientists, churchmen and doctors rumor in the world that everyone
Ejaculation irretrievable energy to the body

The Truth About Ejaculation:

The sperm never go out! The testicles take them at the beginning of puberty
Production of sperm. From this point on, the
Testes produced up to 1000 sperm cells per second. That is almost 900
Millions of sperm cells a day. With every effusion only about 80 to flow
200 million sperm cells. A daily production is enough for many
Ejaculations.

In contrast to women, where the production of egg cells in the menopause
stops, a healthy man produces sperm for life. So you go
never out.

Rubbing your penis to orgasm every day, sometimes even a few times
in a row – that must leave traces! There are many of them
Young people are convinced. Because – so many believe – there is a penis
usually straight. That’s not true!

Where penile curvatures come from:

For the stiffening of the penis there are three erectile tissues running in parallel
responsible. Two of them run on the top of the penis, the third –
which also surrounds the urethra – in the middle of the bottom.

End of the Quote

Below is the profile of scirocco alias Klaus Maurischat, the author of these lines 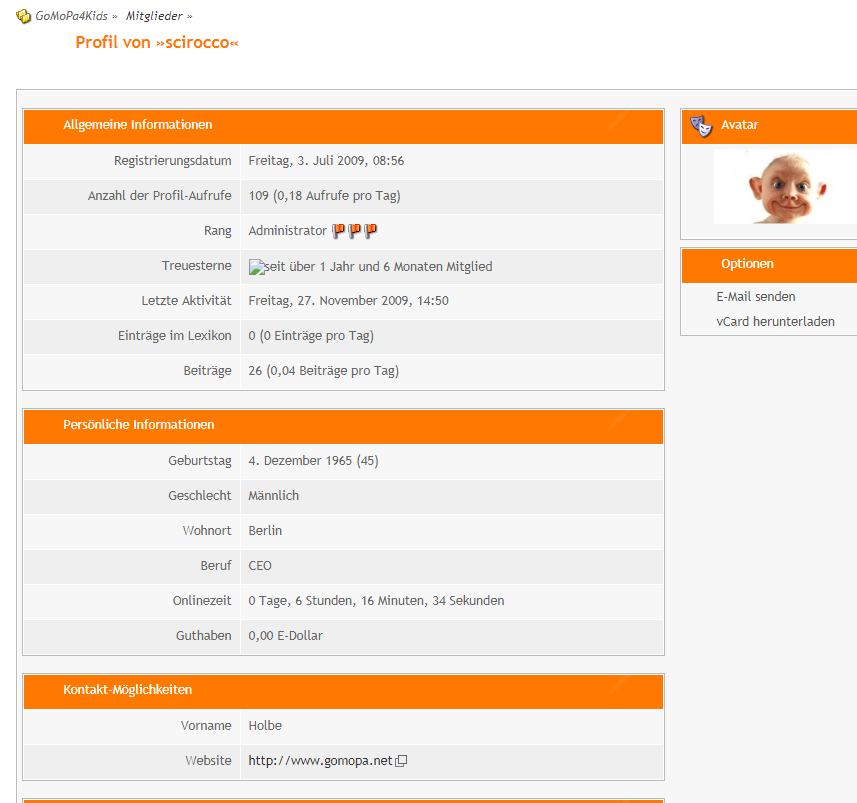 The birthday is identical to that of Klaus Maurischat, while Maurischaft was born on December 4th, 1956, scirocco is exactly 9 years younger.

And the imprint is identical to that of gomopa.net 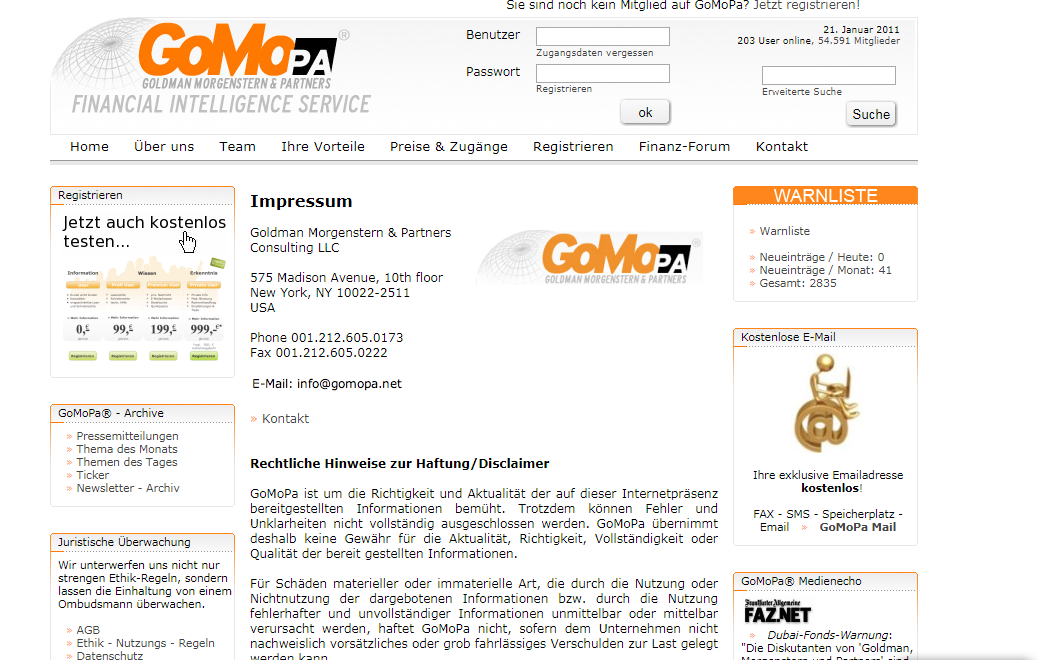 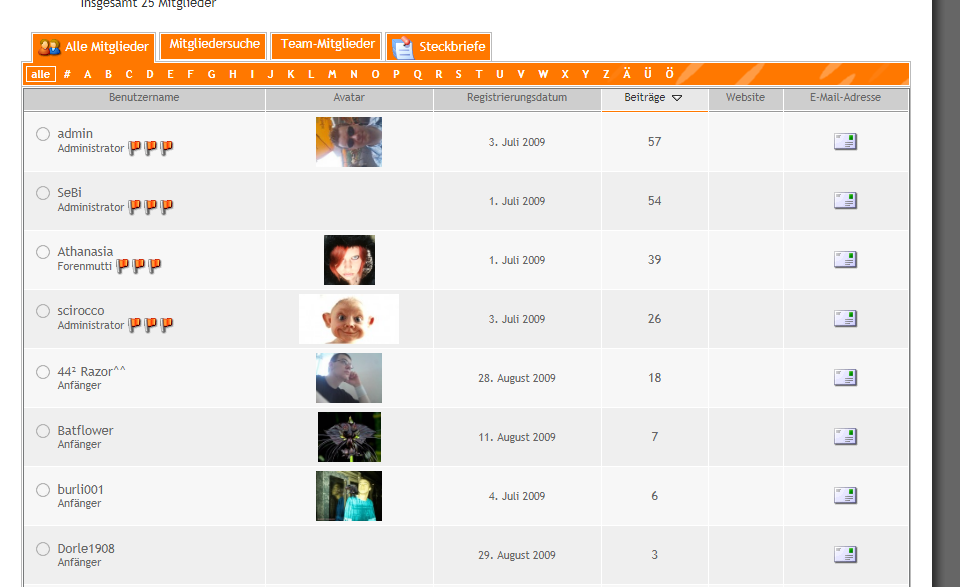 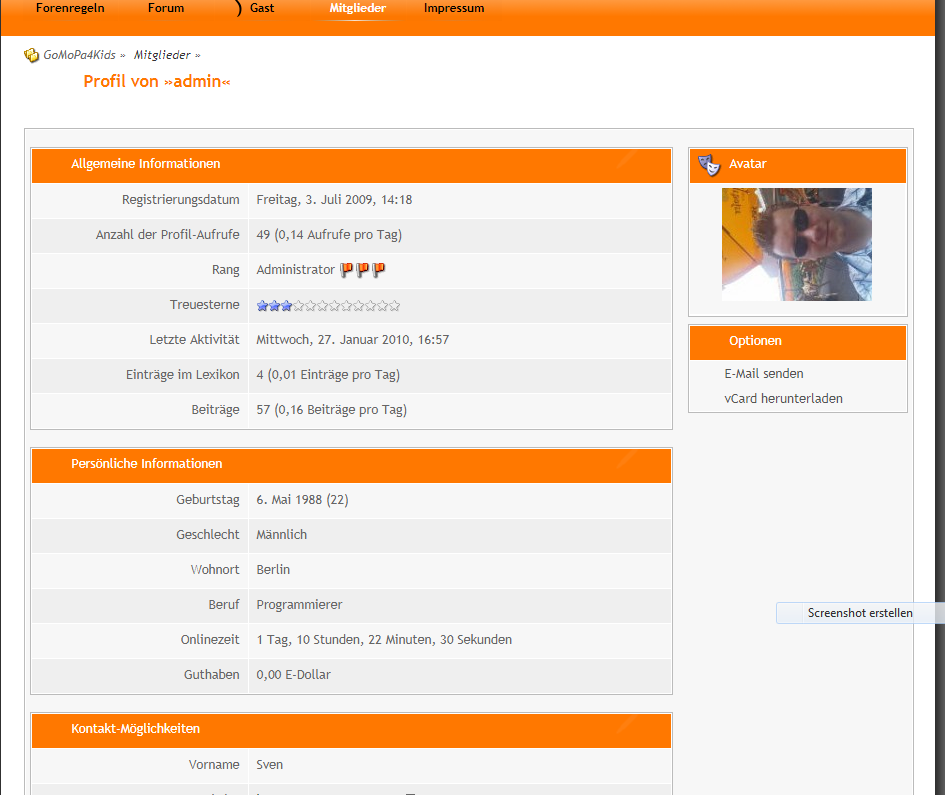 And there is the user gigaphil 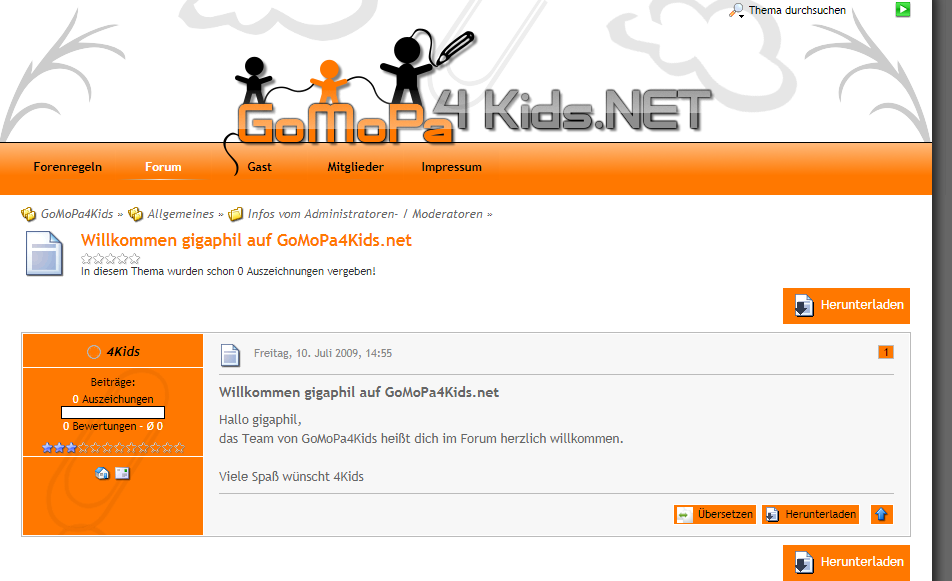 In 2013 Maurischat used the alias scirocco

Here are the server details