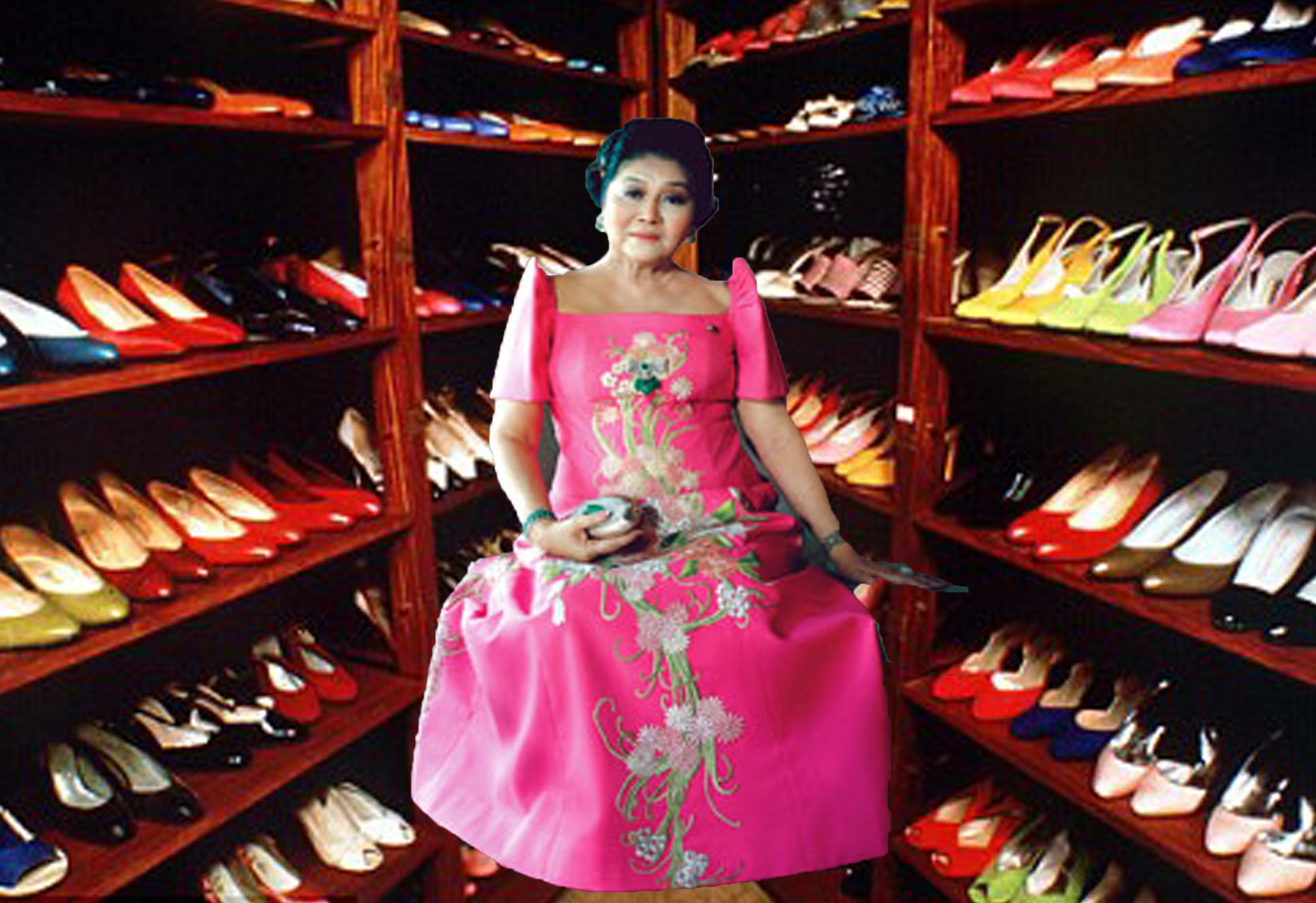 Imelda Marcos is the widow of Ferdinand Marcos, the former dictator and president of the Philippines (1966-1986). Ferdinand had a pretty dark start in politics: in 1935 he was found guilty of assassinating his father’s campaign rival for national assembly, but he was later acquitted and rose all the way up to the presidency, where his authoritarian regime was known for corruption and lavish spending.

Imelda Marcos received an official position in her husband’s regime, one that allowed her to hook up her friends and relatives with lucrative government positions. Imelda herself was also severely in on the take, acquiring over 1,200 pairs of shoes, all of which she had to leave behind when the Filipino people rose up in 1986, forcing her and Ferdinand to flee to an actually pretty cushy exile in Hawaii.