The following heavily redacted version of the Federal Reserve System (FRS) Support Branch Plan from U.S. Northern Command (USNORTHCOM) CONPLAN 3500-14 was obtained via a request under the Freedom of Information Act (FOIA). 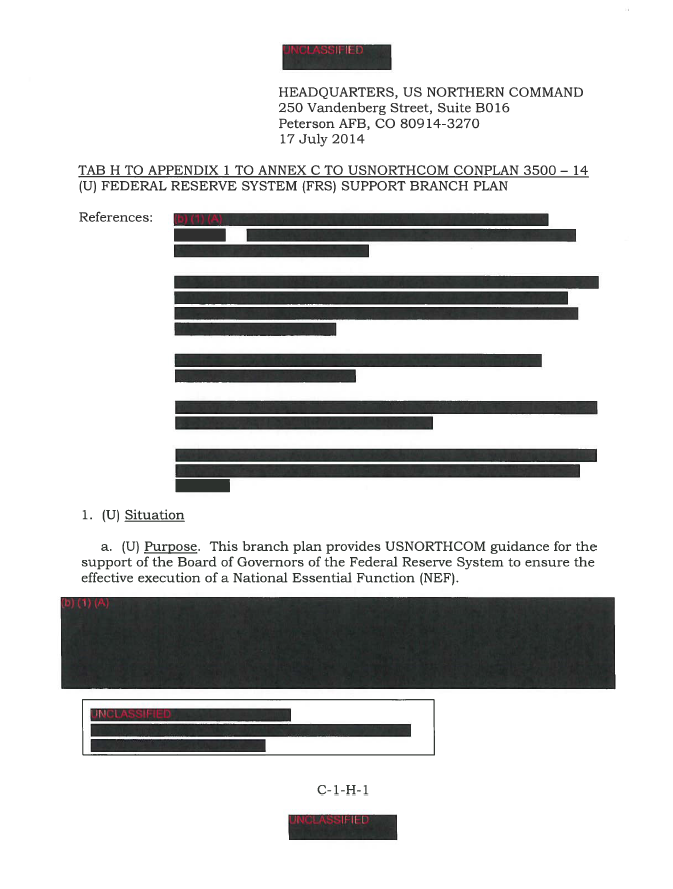 a. (U) Purpose. This branch plan provides USNORTHCOM guidance for the support of the Board of Governors of the federal Reserve System to ensure the effective execution of a National Essential Function (NEF).

(b) (U) Division of Reserve Bank Operations and Payment Systems. Oversees the operations of the independent Federal Reserve Banks and of the FRS Law Enforcement program.