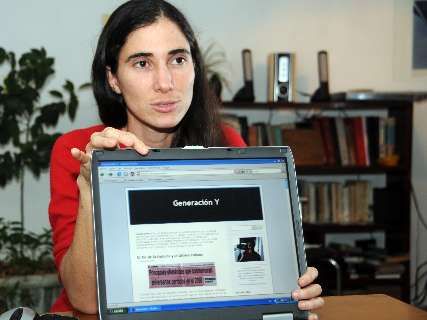 A small but growing number of bloggers who appear to be writing from Cuba are using externally hosted websites to voice dissent and developing inventive ways to circumvent government restrictions on Internet access that limit their freedom to post. While the blogs’ emergence has coincided with the move toward more openness in state media about discussing social and economic problems in the past two years, the bloggers go well beyond that limited criticism by blaming the ruling system rather than individuals or external pressure. The government thus far largely has acted indirectly against the bloggers, warning about the dangers of the Internet and reportedly blocking access to a host website. The bloggers tend to express pessimism about prospects for change under Raul Castro, but they currently are not promoting a specific political agenda or calling for any organized movement against the government. Although readership is mostly international, their on-island audience — including possible imitators — is likely to increase if access to information technology becomes more widespread. See the appendices for details on Internet access in Cuba and the individual blogs discussed.

Cuba’s independent blogs have increased in recent years, providing a forum to voice discontent with current conditions and government policies that goes further than the still-limited discussion of problems in state media.

The number of blogs written by private Cuban citizens began increasing significantly in late 2006 and has gained momentum since. Of the 11 most prominent independent blogs, one began in 2005, three in 2006, three in 2007, and four since the beginning of 2008.
Some readers have questioned the bloggers’ credibility, charging them with being either agents of the Cuban Government or Miami-based Cubans. The personal nature of the postings and the absence of an explicit political agenda, however, bolster their claims to be private citizens.
The increase in independent bloggers parallels a move by state media toward more openness about problems on the island, which began in late 2006 and was further encouraged by Raul Castro’s call for more critical discussion about conditions in Cuba (Cubavision, 26 July 2007, 24 September 2007).
The bloggers demonstrate technological savvy in overcoming the Internet access restrictions to create their blogs, but they appear to have difficulty updating them regularly.

While she has not disclosed details in her blog, Generacion Y’s Yoani Sanchez, Cuba’s most prominent blogger, has described in interviews with foreign outlets how she writes blog entries, saves them on a flash memory drive, and uploads them at an Internet cafe (The New York Times, 6 March; The Wall Street Journal, 22 December 2007).
The apparently short-lived Potro Salvaje — whose title “Wild Colt” appears to mock Communications Minister Valdes’s warning in February 2007 that the Internet was a “wild colt” that needed to be controlled (www.cubaminrex.cu) — began on 11 March to provide explicit instructions to on-island Internet users about methods to bypass restrictions. The blog’s most recent post on 8 April highlighted the importance of the flash drive to transport data from one computer to another on the island.
Although many of the blogs are updated frequently, maintenance can be inconsistent — several have been abandoned or moved without notice. Two of the 11 blogs have not been updated since February 2008, despite having had regular posts prior.
…

The Cuban Government appears to have taken an indirect approach to limiting the influence of independent bloggers. It has warned of the dangers of the Internet, and bloggers charge it with monitoring the contents of their blogs and making it difficult to access the blogs.

In addition to calling the Internet a “wild colt,” Valdes said it was “a tool for global extermination” (www.cubaminrex.cu). Youth daily Juventud Rebelde has warned that portable storage devices such as flash drives increase vulnerability to computer viruses (17 April), and Fidel Castro asserted in a letter to the National Union of Writers and Artists (UNEAC) Conference that the Internet and other information technologies are invasions of privacy (Granma, 2 April).
In March, several of the blogs that share the Frankfurt-based Consenso Desde Cuba host website claimed the government was obstructing on-island access.