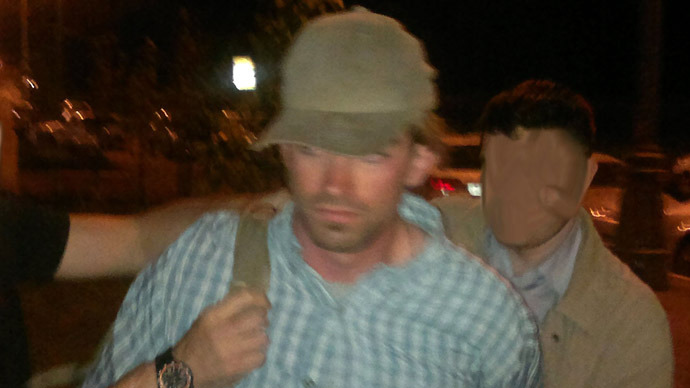 A recent story from the Russian legal news outlet “Mediazona” dives into the case of a woman living in the far-eastern city of Chita, who was charged with justifying terrorism because of a social media post. The woman claims that after searching her home, investigators from the regional Anti-Extremism Center (Center E) offered to help her get a lighter sentence: all she had to do in return was infiltrate the Chita branch of “Union SSR” — a trade union organization that denies the collapse of the Soviet Union and doesn’t recognize the legitimacy of the Russian Federation. “Meduza” summarizes this ongoing story, which, in the words of “Mediazona” editor-in-chief Sergey Smirnov, offers an inside look at the work of Russia’s secretive Center E.

From suspect to undercover agent

In March 2019, 31-year-old Victoria (whose last name hasn’t been disclosed, at her request) wrote a post on the Russian social networking site VKontakte about the mass shooting that had taken place at mosques in Christchurch, New Zealand. “Does anyone feel sorry for them? I don’t. And here’s why,” the message began. Victoria wrote that Muslims in New Zealand were “organizing almost public festivals, at which they openly rejoiced at the murders and atrocities of militants.” Victoria claims that she copied the message from a VKontakte group, where the attack on the mosques was being discussed. Eleven people saw her post before she deleted it. But Major Alexander Petrov, an investigator from Center E, managed to take a screenshot.

On January 14, 2020, police officials searched the apartment where Victoria lives with her parents. They were carrying out an investigation on the basis of a report from Major Petrov, who was also present during the search. At his request, Victoria handed over her flashdrive, laptop, and cell phone, and then she was taken away for interrogation. The next day, she met with Major Petrov again. He gave her a copy of the search record and suggested that they collaborate. Petrov promised Victoria that he would provide the court with a note confirming that she had helped the police — and suggested that she infiltrate the Union SSR trade union. The investigator described the organization’s work as destructive and said that activists from its Chita branch were attacking bailiff offices.

Three days later Victor agreed to cooperate with the police. Major Petrov sent her a link to a chat group on the messaging app Telegram, which included around 1,000 people from different cities across Russia. Victoria wrote to the group, saying that she had decided to join the trade union at the recommendation of a friend from Donbas (Ukraine). She later joined a video conference on Zoom, where Union SSR activists took turns speaking: the conversation revolved around claims that the Soviet Union still exists and that the Russian Federation is a commercial organization. They also shared advice on how to avoid paying back loans.

At the end of January, one of the trade union’s members invited Victoria for a meeting. She agreed and told Major Petrov about it. Two Center E investigators gave her instructions: they needed to find out where the local Union SSR branch was gathering and what it was doing. They also gave her recording devices. Victoria met with the trade union activist at the train station‚ Major Petrov and his colleague recorded what was happening on video. According to Victoria, after three hours of conversation, she came to the conclusion the Union SSR reminded her of a sect.

At the beginning of February, also on assignment from Center E, Victoria spent about six hours talking to the leader of Union SSR’s Chita branch, Elena Usova. Afterwards, she told the police officers that Usova seemed like “a normal person.” Usova herself told Mediazona that by the time she spoke with Victoria she stopped participating in the trade union’s actions; she considered them pointless.

Victoria says that she soon realized that the Union SSR supporters didn’t pose any danger. She stopped monitoring them, but didn’t refuse to cooperate with the police explicitly. In response to all of the questions from Major Petrov, she said that the organization’s activists and leaders weren’t telling her anything. Victoria told Elena Usova that they had tried to have her infiltrate Union SSR as an agent (when this happened remains unclear).

“I got the impression that the [police officers] want me to get into this group, and then add both me and this group to my case. ‘Look, she’s not so squeaky-clean after all’,” Victoria says.

On February 17, a month after the start of her cooperation with Center E, the Investigative Committee launched a criminal case against Victoria for justifying terrorism — over the post about the mass shooting in New Zealand. The next day, they interrogated her as a suspect in the case.

On July 3, Major Alexander Petrov made Victoria a new offer — he asked her to go undercover and join the “Popular Patriotic Party of Russia — Power to the People.” The investigator described the party as oppositionist and said its members are “actually linked to weapons.” Petrov asked Victoria to engage in the party’s activities “closely” and promised to pay her 10,000–11,000 rubles monthly ($134–$147). “We really need them,” the police officer explained. “We’re completely worn down because of them […] These people and all this nonsense have had us bouncing around.” Victoria recorded this conversation on her phone and then gave the recording to Mediazona’s editors.

That same day, the investigator asked her via Telegram to testify against Chita resident Alexey Zakruzhny (the video blogger behind the YouTube channel “Lyokha Kochegar”), who is facing a criminal case for inciting mass riots. According to Victoria, the major had suggested previously that she monitor social media and take screenshots of suspicious posts (she refused).

Three days later, Victoria told the Center E investigator that she wasn’t going to infiltrate “Power to the People” or testify in Alexey Zakruzhny’s case. A week later, investigators came to search her apartment once again. And on July 14, she was charged with justifying terrorism — before she was only a suspect in the case.

On July 27, Major Petrov met with Victoria for the last time. The police officer had found out that she had not only told Elena Usova from Union SSR about her undercover work, but also told Alexey Zakruzhny’s lawyer about the fact that she was asked to testify against the blogger. During the meeting, Petrov demanded she turn off her phone, so Victoria wasn’t able to record the conversation. According to her, the investigator said that he had been suspended from work for the duration of an internal investigation. Petrov, Victoria claims, promised to ruin her life and threatened her with criminal charges for illegally disclosing state secrets. “He said that now everyone at the [Anti-Extremism Center] is pointing fingers at him. That I violated his measured lifestyle. He asked, what for? After all, he really wanted to help me!” Victoria says, recalling his words.

On August 11, the prosecutor’s office referred the case against Victoria for justifying terrorism to court. The trial’s start data remains unknown.